How to Make Homemade Bone Broth 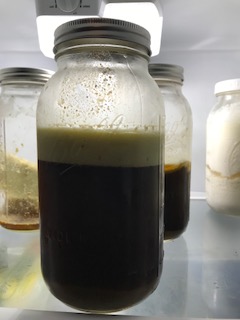 I am not much of a cook and rely on my husband heavily for his role as head chef.  He has morphed his cooking to suit my food allergy restrictions making creative meals for me within a limited range of foods.  Recently, I decided to step outside my comfort zone and make homemade bone broth.

Bone Broth is an ancient elixer that has transcended time and made a resurgence into the American diet.  Out of necessity and survival Ancient man used all parts of the animals they killed.  They boiled what they could not use for clothing or tools extracting the maximum amount of nutrients from their prey.

Over the centuries Bone broth has become a staple of many different cultures who tout its digestive benefits.

Sally Fallon’s first book, “Nourishing Traditions,” and the Weston A. Price Foundation were responsible for changing my views on food.  It was finding these resources a little over 10 years ago that started me on a journey to gain control over the severe food allergies that had appeared as an adult.  Ms. Fallon is a leader of the Weston A. Price Foundation, a group dedicated to promoting the benefits of preindustrial food and cooking. Dr. Price was an early-20th-century dentist who became preoccupied with the effects of traditional diets and postindustrial diets on dental health, as well as health in general.  The foundation was the first to provide cutting edge nutritional information that defied the conventional food pyramid recommending a ridiculous 6-11 servings of bread, cereal, rice and pasta and conventional wisdom concerning the dangers of saturated fat.

Although there are few reliable studies on the medicinal effects of broth, the foundation has done analysis that shows it may provide benefits for inflammatory diseases, digestive problems and even dopamine levels.  This group is truly independent as it does not rely on any government funding for its research.

How to Make Homemade Bone Broth in a Slow Cooker 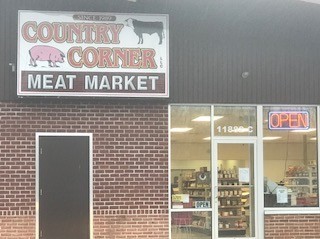 My broth of choice is made from beef bones, but the procedure outlined below can also be used for pork, chicken or fish bones.   The only difference would be the amount of cook time required to leech all the nutrients from the bones.  The rule of thumb is the larger the bone the longer the cook time. 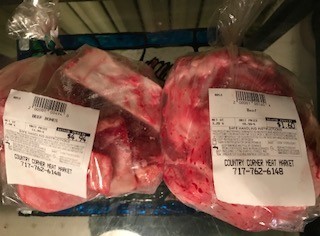 First thing to do is to find a great local butcher who can help you with your bones, especially the beef and pork bones.  Our butcher cuts a great big knuckle bone for me at $.50/lb and then I add rich marrow bones at $1.99/lb.  Total cost for the bones is $6.54.  Making broth and using it in everyday meals is a great economical way to amp up nutrition.  There is a fat cap that coagulates when the broth is refrigerated that can be used as a cooking lipid.  Also the broth itself can be used as a base for many other dishes.

The next step in the process is to roast the bones to release more flavor into the broth.  I roast my bones for 40 minutes at 450 degrees flipping the bones at the 20 minute mark. 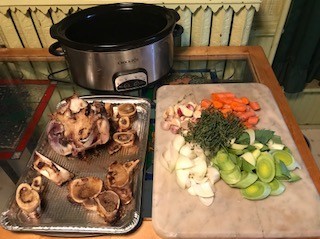 While the bones are roasting I cut up the vegetables I plan to add to the stock.  These include: 2 carrots, 1 leek, 1 medium onion, 3 bulbs of garlic and thyme.  I am a huge garlic and thyme fan.  You can cut back on the garlic and add any other herb that you like.  The vegetables that are added will melt down to mush by the end of the cooking process and strained out of the final product.

Now it is time to assemble the individual parts into the crockpot.  I place the roasted bones into the pot with 2TBS of apple cider vinegar (helps break down bones).  Then I add 6-7 cups of water just enough to cover the bones.  Lastly I add the veg.  I use a Crockpot,

Smartpot, 6 quart slow cooker with preset cook times.  It makes the process of making stock super easy.  There are two high settings for 4 or 6 hours and two low settings for 8 or 10 hours.  I start my broth on a 4 hour high setting and then 4 subsequent 10 hour low setting sessions.  When a setting is done the Crockpot will go into warming mode.  I found this helpful if I miss my timing somewhat as it keeps the cooking going.  According to comments on Crockpot’s site this model runs hotter than most which was a detriment to their cooking goals but an advantage for mine.  A better Crockpot model for this task would probably be the Crockpot, 6 quart programmable slow cooker because it gives you more flexbility in your timed cycles.  It is considered a Amazon Best Seller.  Check out the link to the right!  Either will get the job done. 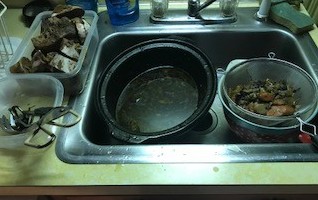 So now that my broth has cooked for 48 hours it is time to strain out both the bones and veggies.  I let mine cool for a couple of hours before attempting to pull the crock out of the warming sheath.  I use a bowl with a pouring spout to make filling my half gallon canning jars quick and easy.  My strainer is 8 inches in diameter which gives me a good amount of capacity in the straining process.  I remove my bones with tongs and set them aside.  The bones should look somewhat disintegrated.  I use a slotted spoon to remove the veg and put it in the strainer.  I can get a cup or more of broth just from the veg.  My recipe yields almost a full gallon of broth. 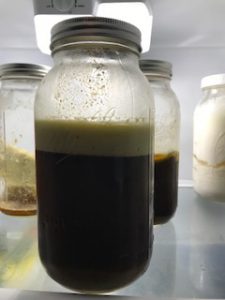 Pour the nutritious and delicious broth into half gallon canning jars.  You should let the broth sit and come down to room temperature before putting the lid on and refrigerating.  When you pull the broth from the fridge you will have a combo of broth and a thick fat cap.  As I mentioned earlier the fat cap creates an amazing cooking lipid that can be used to saute.  I have found the fat is infused with a deeper flavor than the broth itself.

Some Products to Consider When You Make Homemade Bone Broth

Making homemade bone broth can be a fairly easy process if you have the tools available from start to finish.  I love the idea of set it and forget it!  I mentioned the programmable slow cooker above as a better choice to my crockpot.  If you want to give broth a try you may also want to consider these other tools as well.

About the Author: Stacy Gallagher

My name is Stacy Gallagher. I have been involved in the fitness industry for over 25 years. I began the fitness education of a lifetime when I met and married my husband, Marty Gallagher. He is both World Champion powerlifter/coach and a prolific writer on all things fitness. I travelled with him to the top bodybuilding and powerlifting events for several years and gained a vast array of training knowledge that I utilized in my own competitive bodybuilding goals as well as with my clients. This was a formative time for me when I established nutrition and training habits that are my foundation.