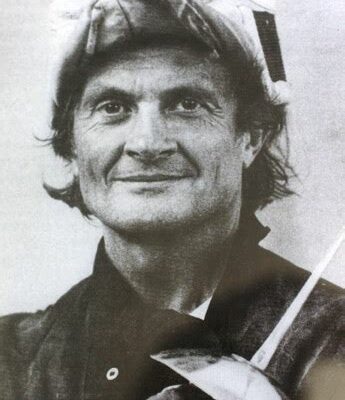 Aladar Kogler is a mysterious Hungarian largely responsible for formulating the Iron Curtain Brain Train methodology used for applied athletics. Kogler and his cohorts were the Mind Masters behind the Big Red Machine back in the halcyon days when communist athletes were routinely decimating and dominating opponents at World Championships and the Olympic Games with yawning regularity. With the full weight of state sponsorship behind their sport's apparatus, no expense was spared to produce showcase athletes that could and would demonstrate to the World the superiority of totalitarian societies.

Of course we now understand that this system had a slimy underbelly: athletes were treated as patients, jack up on steroids and testosterone then discarded like human rubbish when the first flaw or performance decline was detected. The rest of the athletic world was suspicious yet ignorant when robotic communist athletes, stuffed to the gills with the finest performance enhancing drugs known to man, beat the rest of the naive world stupid. Later, when the advent of drug testing came to pass in the early 1970's, the Red Medical people created designer drugs that were stealthy and undetectable. The state support sports machines resorted to every illegal trick in the book. The Reds created an army of paid professionals to compete against pathetic amateurs, real people that had to hold down day jobs in order to survive. It was the most un-level of playing fields.

Dr. Kogler didn't deal in the dark-side black arts. He took psychiatry and psychology and molded them into a systematized Brain Train program that became universally used behind the Iron Curtain. He immigrated to the United States in 1981. A Czechoslovakian native, he lived in Hungary and over time developed a mental system that was honed, refined and battle-tested for decades. I interviewed him on numerous occasions for magazine articles and became enamored with his cerebral approach. His book, "Clearing the Path to Victory; Self-guided Mental Training Programs for Athletes," was largely ignored in this country. This was criminal: "Clearing the Path" was a benchmark book, a no-nonsense treatise about state of the art Brain Train for applied athletics. He presents his comprehensive approach in clear-speak language that spells out exactly what needs to be done and exactly how to do it. 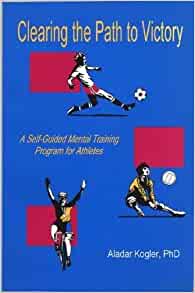 "Imagery and visualization are one of the most important means for improving [sport] performance. The key is the effective control of imagery. The Eastern European term for this type of imagery utilization in sport is called ideomotor training (IT). Ideomotor Training is the imagining of action, recalling of action in the mind or practice in the mind applying the use of imagery. IT is a process by which the athlete recalls an image of a certain movement, skill or action in order to improve it. It is a method designed to supplement learning through movement - referred to as motor-learning. The use of IT speeds the learning, perfecting the retention of movement skills. It stems from autogenic techniques and is especially significant in sports that require a high degree of movement coordination, but is effective for all sports."

This was no abstract theory. Kogler and his cohorts were entrusted with producing concrete results that improved athletic performance by those athletes who used his system. In the world of state supported sport, everything was viewing through a prism of suspicion and skepticism. The only things that counted were World Records, World Championship wins and Olympic Medals. Dr. Kogler produced results so profound that his procedural practices became tightly held state secrets. The Iron Curtain sports aristocracies shared Koglers' system with sister Iron Bloc countries on a 'need to know' basis.

Have you ever seen a Russian weightlifter standing over a barbell, motionless, lost in thought immediately before lifting? He is practicing Ideomotor/Autogenic Training (AT) in the form of vivid imagery.. The lifter is viewing a movie in his mind. Over and over, the weightlifter runs the internal movie in which he is lifting the barbell overhead in flawless fashion. When he is read, he opens his eyes and attacks the real barbell.

"The scientific basis for Ideomotor Training is the principle of ideomostor reactions. A mental image of physical movement produces involuntary muscle contractions. The scientific rationale for the use of mental processes in physical performance dates back to Jacobson's studies in electrophysiology. When an athlete imagines certain movements, a specific system of neural connections is activated. When the image is repeated over and over, the tenuous system of these nerve connections is strengthened and thus improves the physical execution of the movement. If the student imagines the correct execution of a particular movement, the correct system of nerve connections will be strengthened."

The result of sustained IT/AT training is significantly improved athletic performance regardless the sport. This kind of training produces a deep, cellular connection to body. To learn more about how to focus the mind sign up below to our newsletter and receive our FREE Proven Psyche Up Procedure checklist.

Our email content is full of value, void of hype, never pushy, and always free.  As a BONUS you will receive our FREE proven psyche up procedure checklist to help you maximize your training every workout.